Ricardo Cavolo’s lines have unveiled a previously dark dull corridor. Apart from being a delightful birthday present, the mural is a far more complete project thought to lighten the restyled dining-room entrance, at the upholstery section.

The circus touch applied to the mural characters perfectly fits in Sancal’s every day. A company, with 70 workers and who regularly deals with a greater number of people, may be closer to a circus: Design magicians, accountants on trapezes, hefty brawny sales representatives, tamer workers or managers with two heads…

In terms of colour, the chosen range of blue tones is inspired by the varnished traditional ceramics. Blue is a fetish colour for Ricardo but, on this occasion, it perfectly links to the white wall bricks, creating a contemporary version of the blue classic Portuguese tiles. 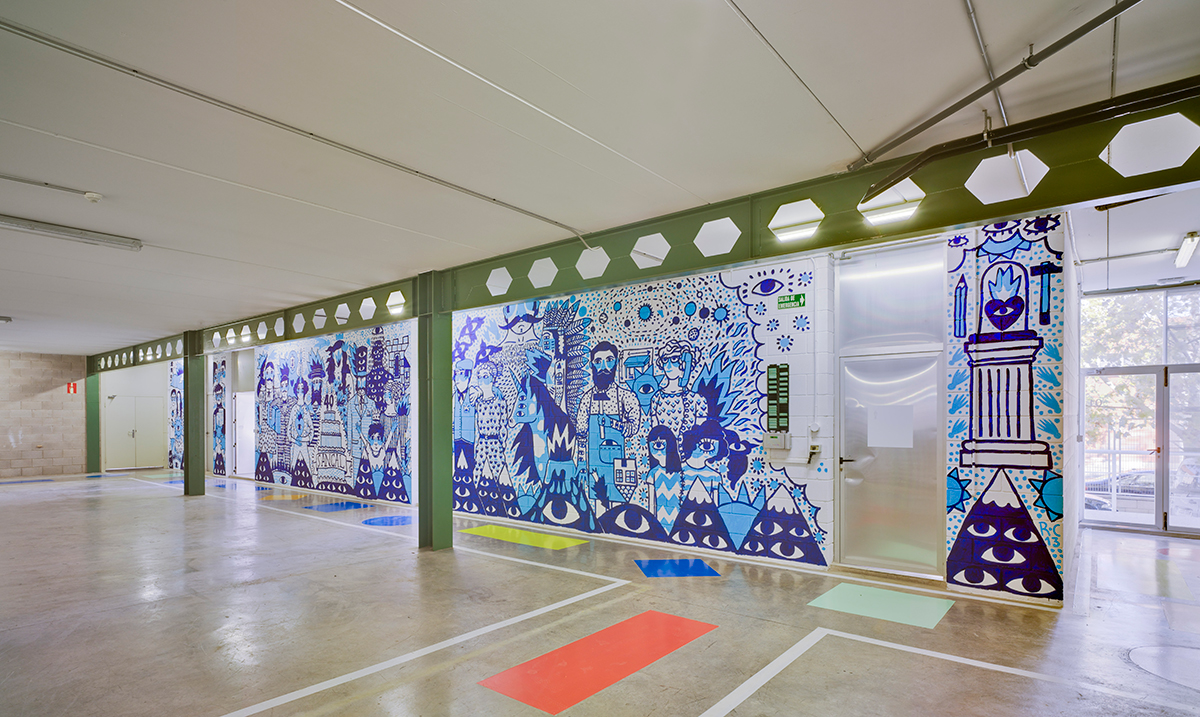 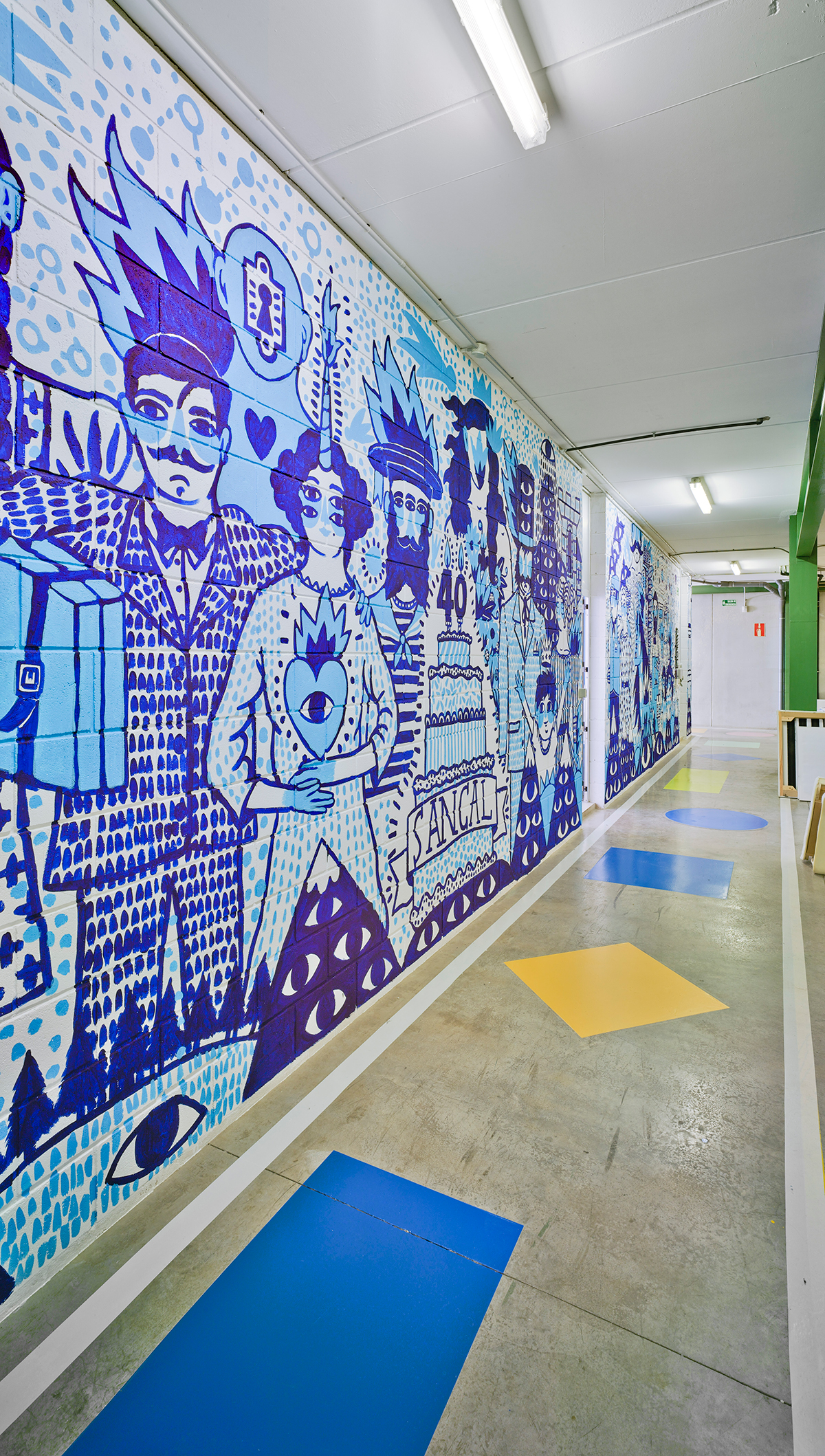 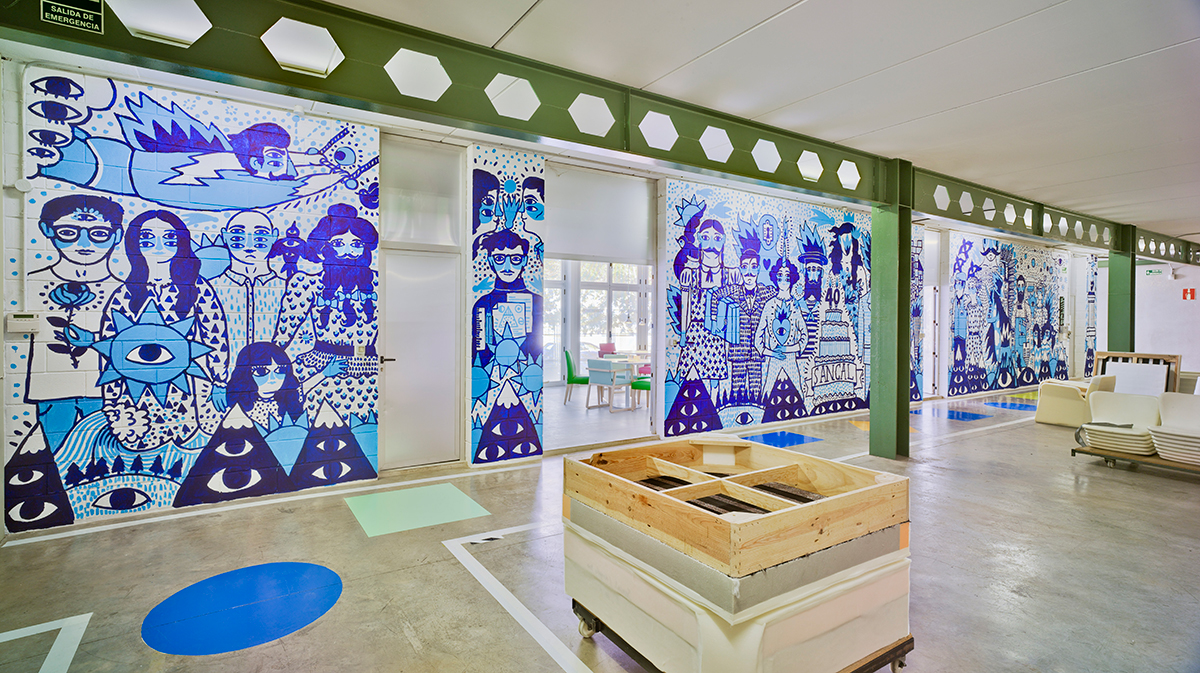 Ricardo Cavolo always painted and drew but everything changed when he received an order from Cirque du Soleil. It was then when he seriously considered becoming an artist and he hasn’t stopped working from then on. Ricardo has published several illustrated books and works as freelancer for various advertising agencies, both national and international. His work is shown in many magazines and media. Additionally, he deals with worldwide brands as Nike, Converse, Levi’s, Dockers, Coca Cola, among others, and collaborates with fashion companies. Lately, he has unceasingly illustrated many ceilings and walls around the world. His extraordinary murals at the Montreal Airport, Urban Outfitters, Cirque du Soleil, Nike and Sancal are to be highlighted. He is going to open a new exhibition in London in a few weeks and his probably more personal book is seeing the light shortly. 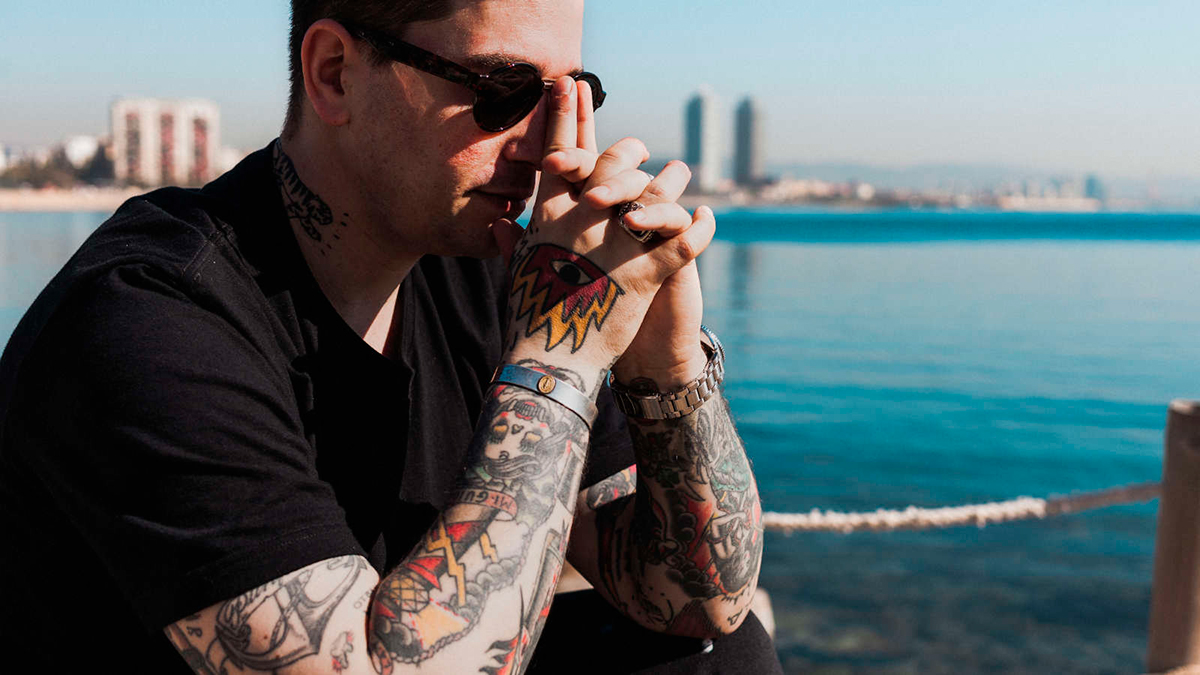 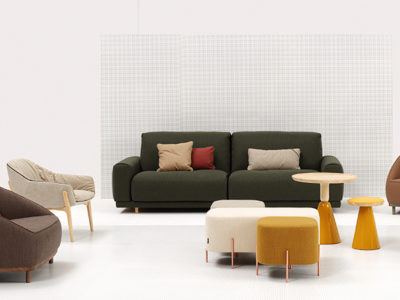 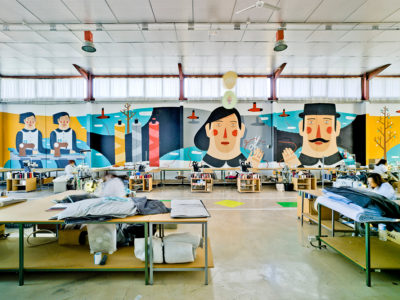 Next Ode on craftmanship by Agostino Iacurci