The world suddenly feels like a darker, scarier place.

Only humour can save the day.Postmodern heroes to the rescue!

Far from retreating, Sancal is taking up the fight. Rejecting the staid conservatism of reedited past glories, Sancal looks to the future launching seven new products during the sector’s most important trade fair in Milan this April.

The stand is no less ambitious. Even bigger than before, it has been carefully crafted to usher in the firm’s theme for this year, Enigma. Dramatic and theatrical, it uses gallows humour to relieve us of our fears.

Far from the usual computer generated images, our art directors have put together a hilarious set of pictures of a miniature Enigma room featuring a model of the new Deep sofa. Unable to deal with a plague of insects, a somewhat confused Superman has taken to the bottle, leaving Barbie to save the day. 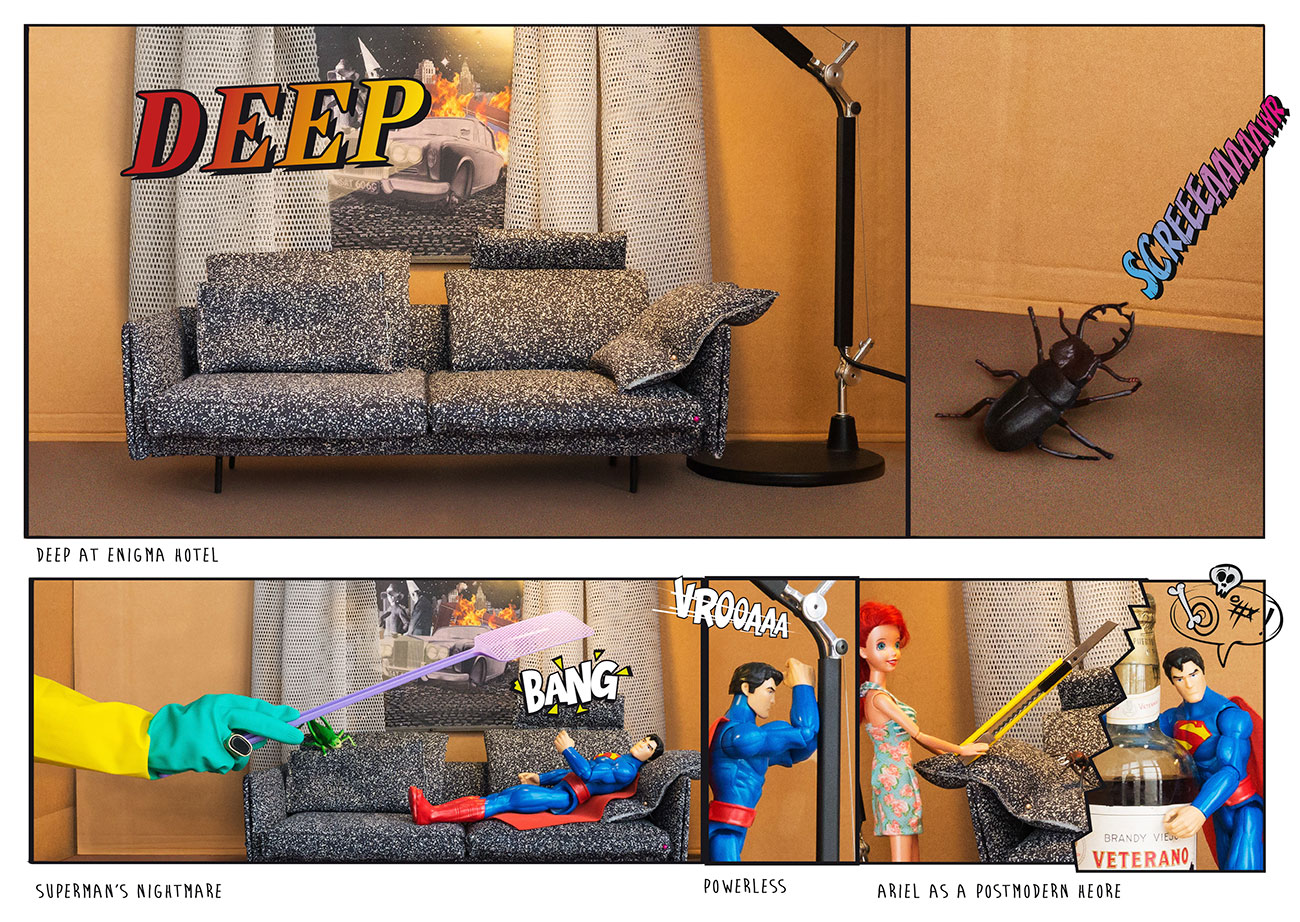 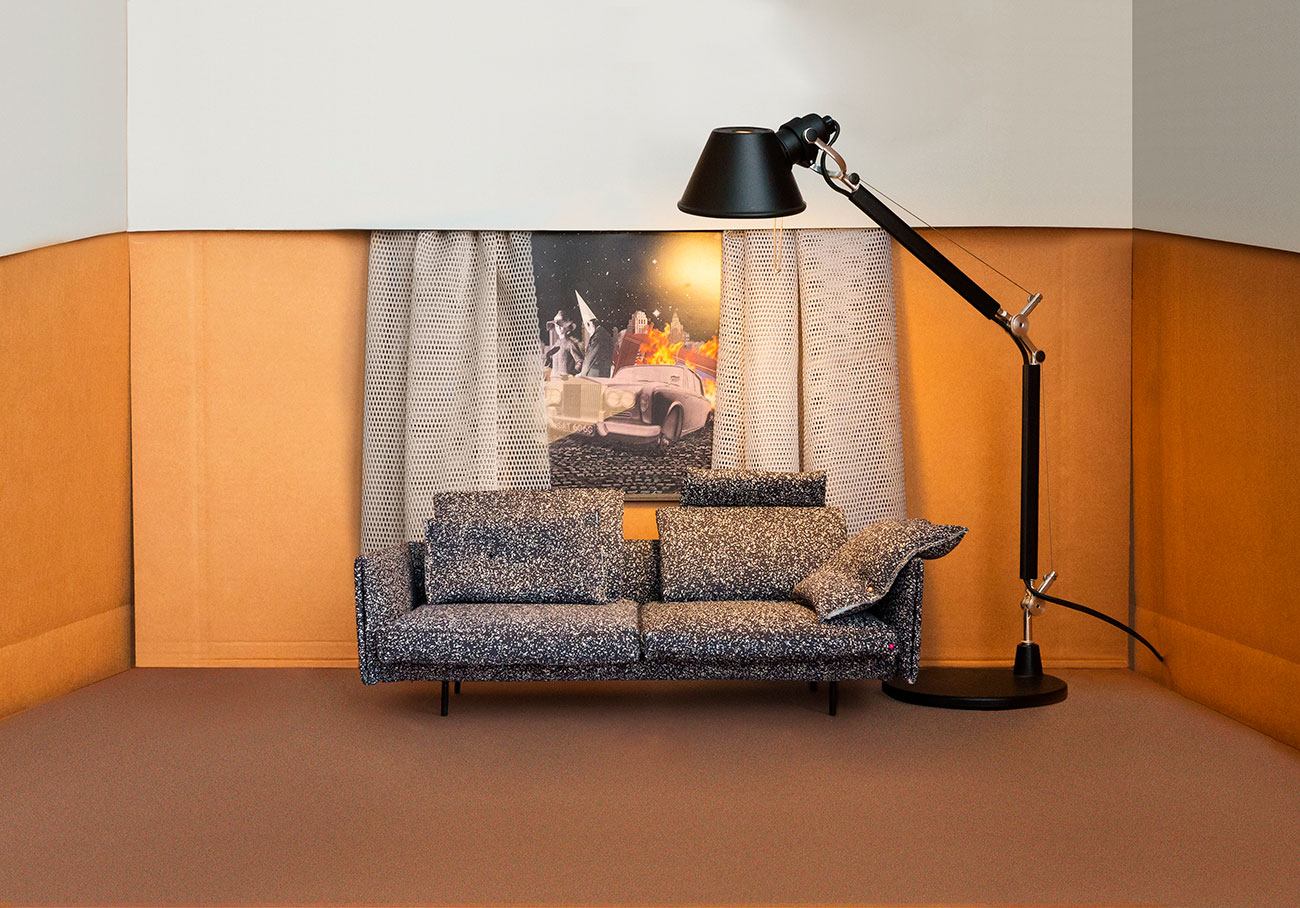 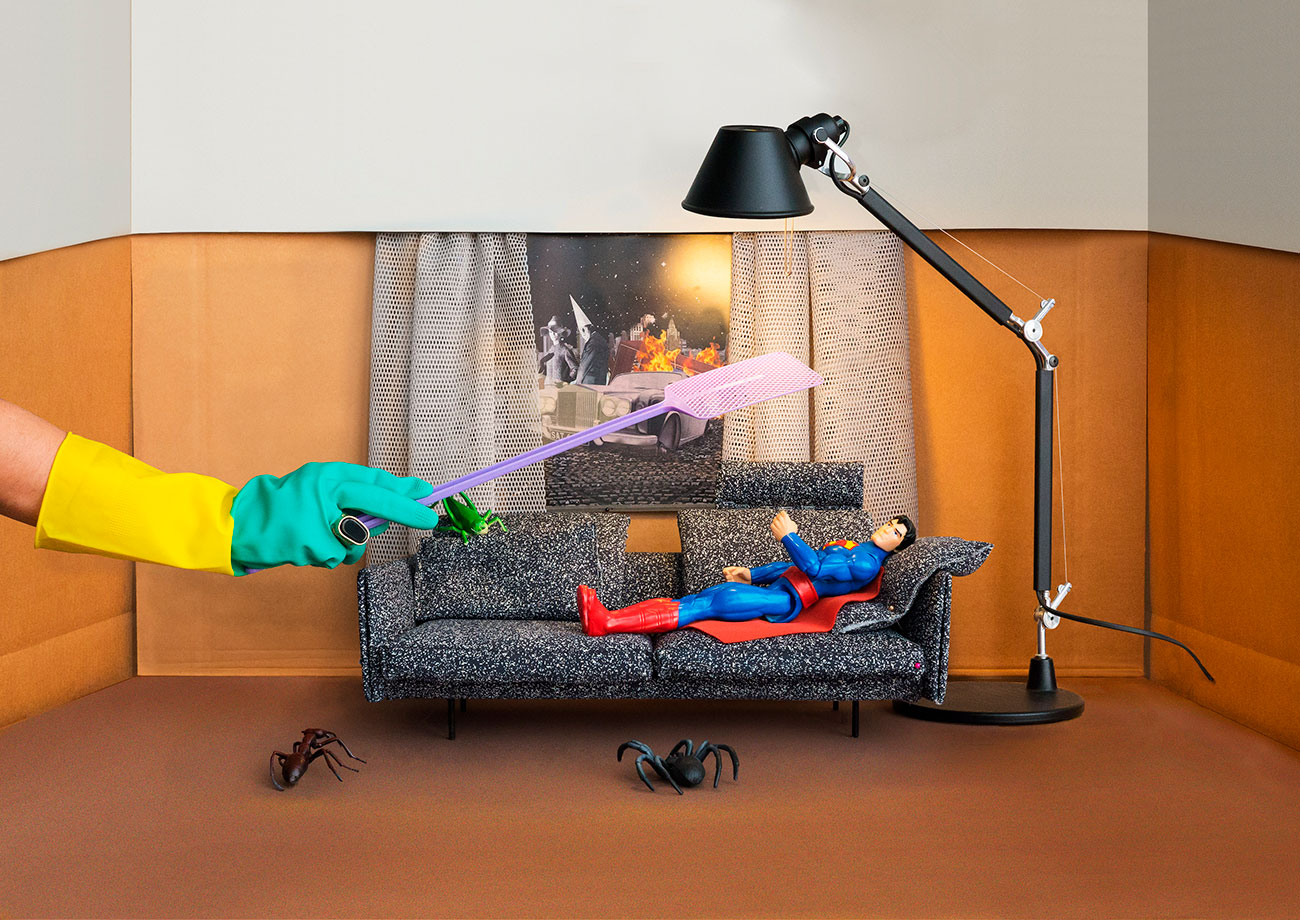 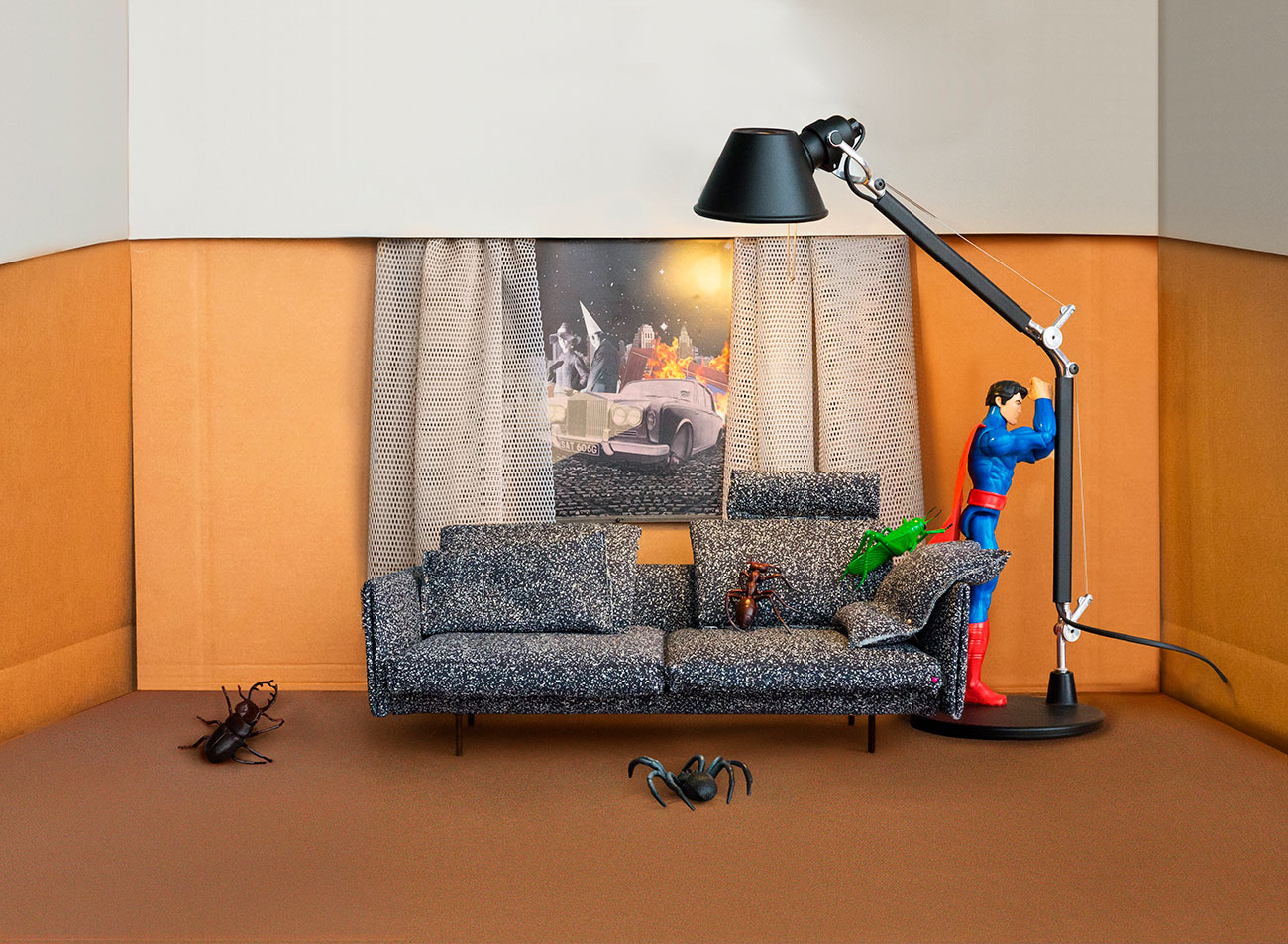 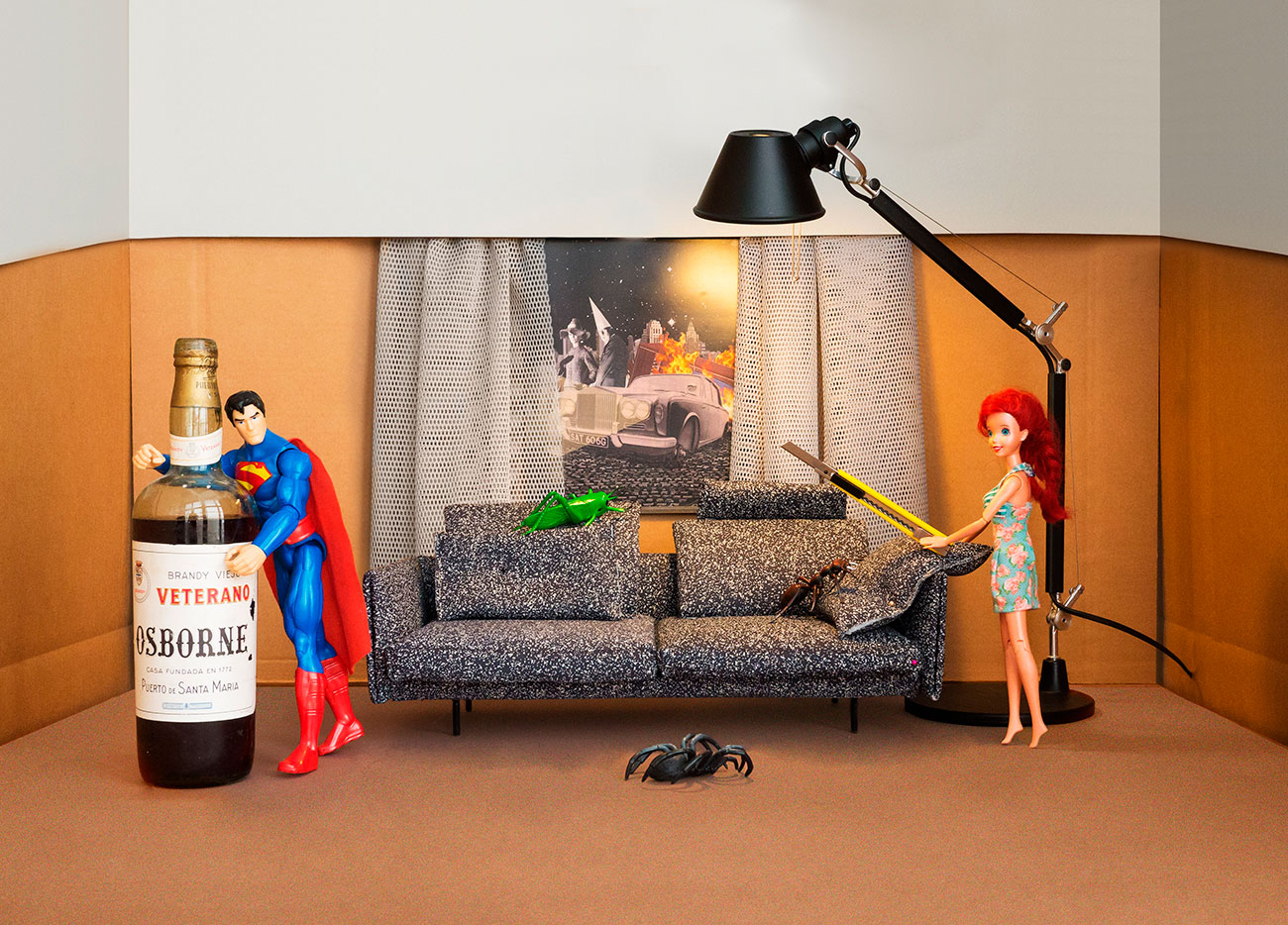 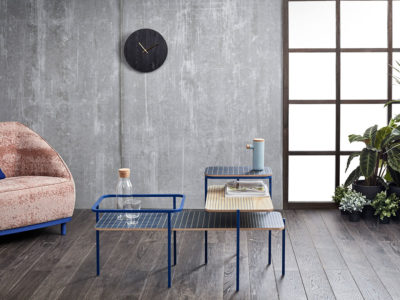 Next Smile, break the mould and… be HAPPY!