Futura Collection’s retro-futuristic theme reaches new heights with a limited edition of sculptures. The inspiration for the Futura Collection comes from 60’s futurism. So artists José Ángel Rodríguez Corral and Miriam Hernández Ros of Número26 were set the task of rendering decorative objects from our past as they might been imagined by someone at the dawn of the Space Age. The results are three sets of tongue-in-cheek objects that seem to document the existence of parallel realities:

Relics From A Past Future is a satire that pokes fun at icons from our past, or from the future when viewed through mid-century eyes. Cucumber Sucked by Yoko Ono is an example of Fluxus art, and McGyver’s Chewing Gum says it all on the pack. Although, without a doubt, the king of the collection is James Bond’s Little Black Book, full of close encounters. Magic Pills is an ironic take on the chemical industry and its impact on haute cuisine. Zero Gravity imagines what the larder of an astronaut might look like and Delicatessen is a comical five star menu from our peculiar past future. Space Classics on a Trip to the Moon isn’t a film by Méliès, or a novel by Jules Verne. Beautiful Greek-style busts and strange beasts don makeup and a space helmet for the trip of their lives. Through The Looking Glass mirror clad objects take on new meanings. Globes, ping pong paddles, puddles and even a coffee maker with a bizarre reflection from another dimension. 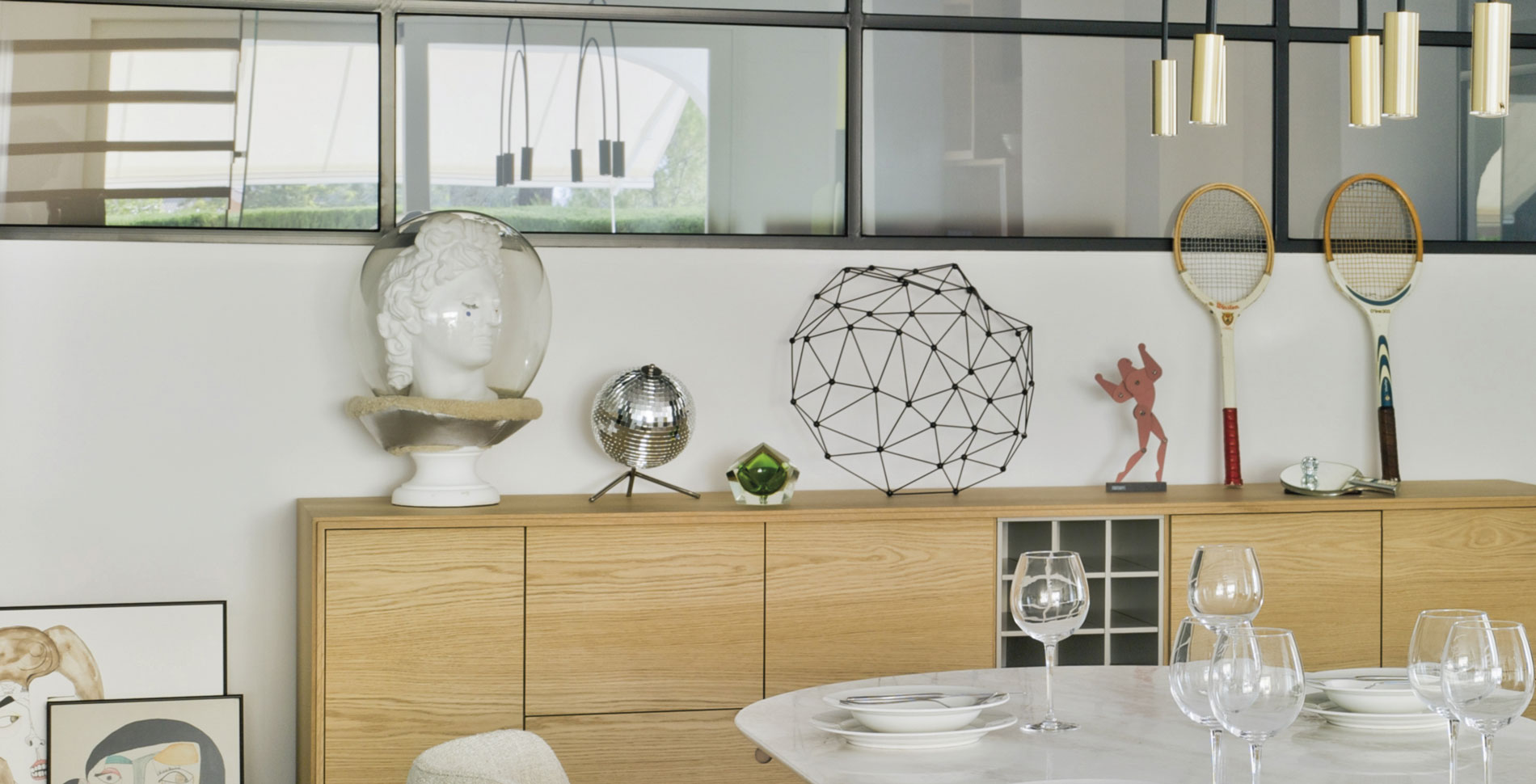 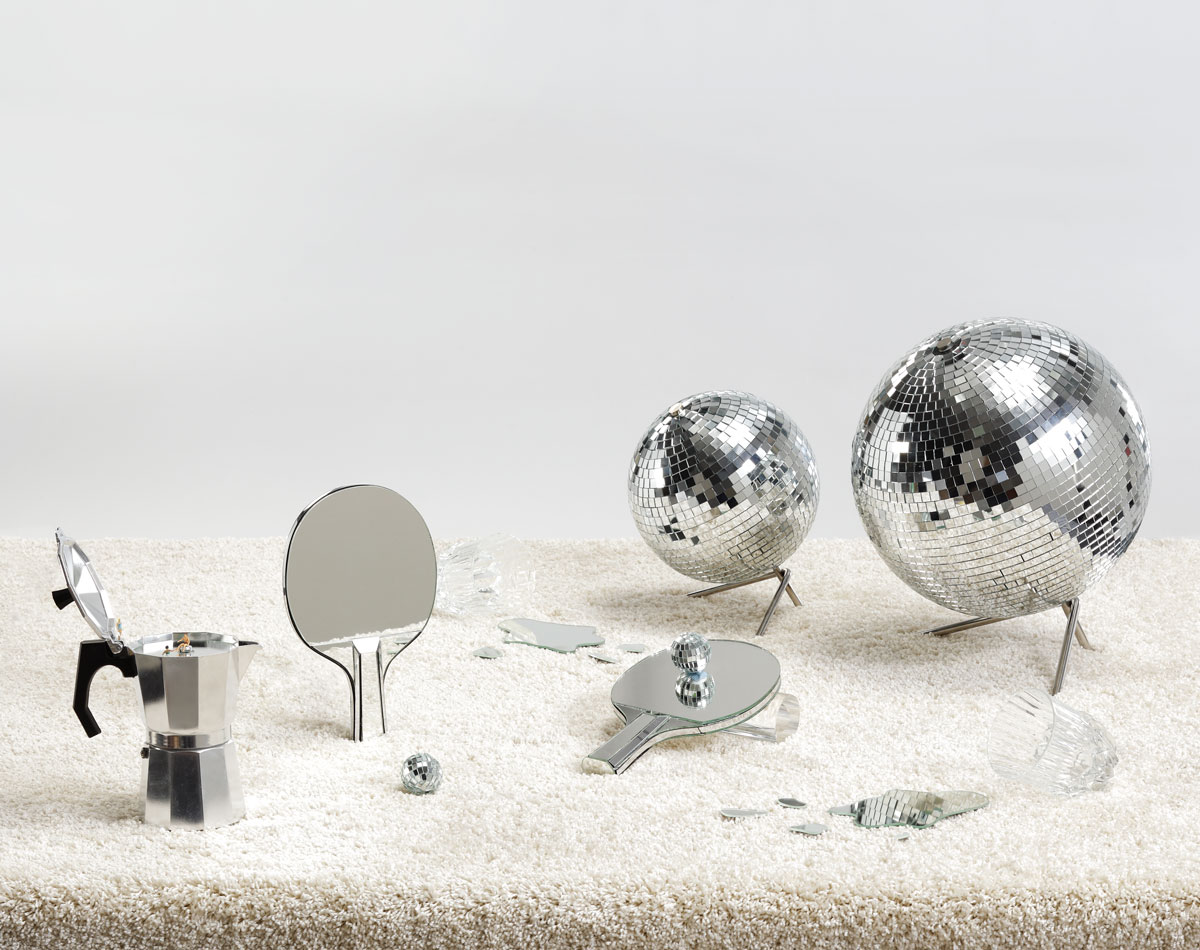 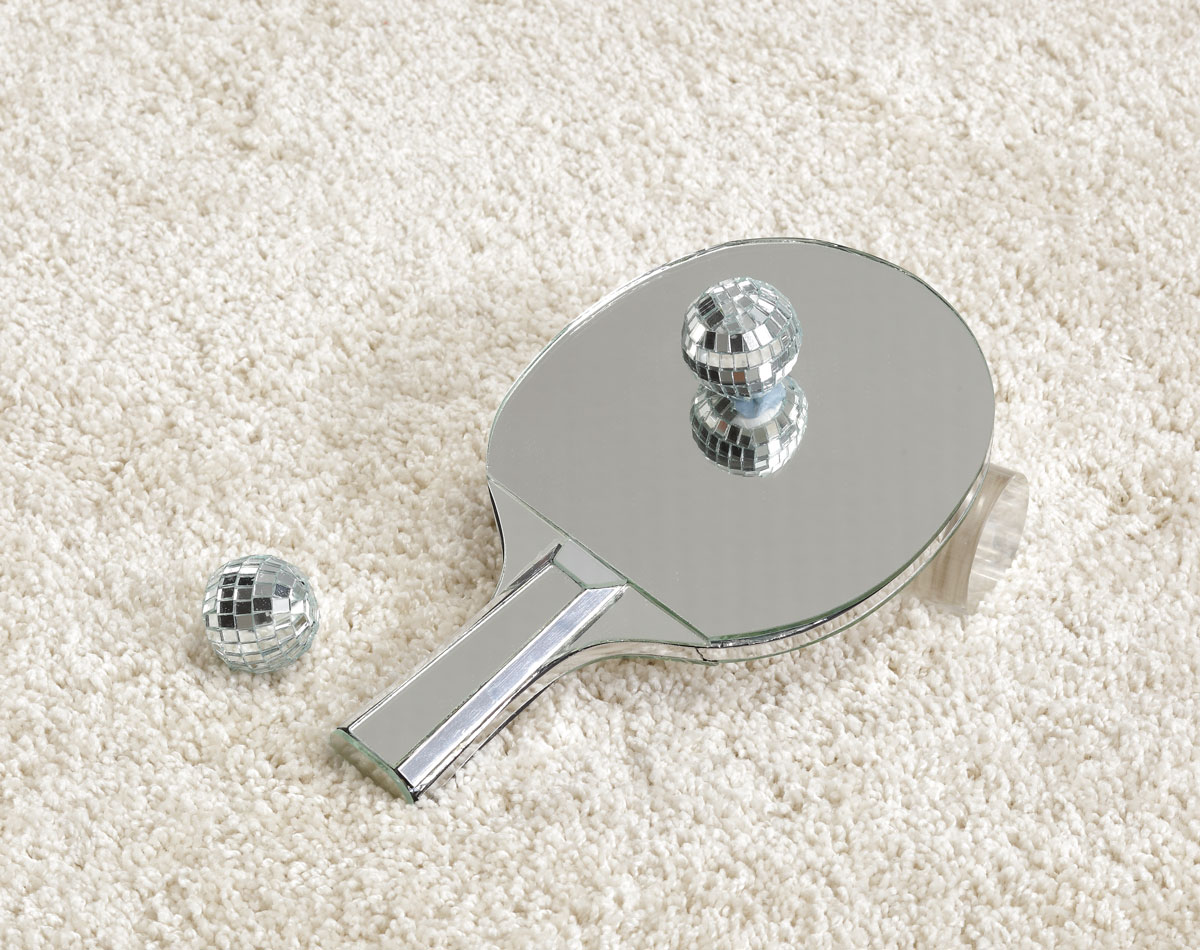 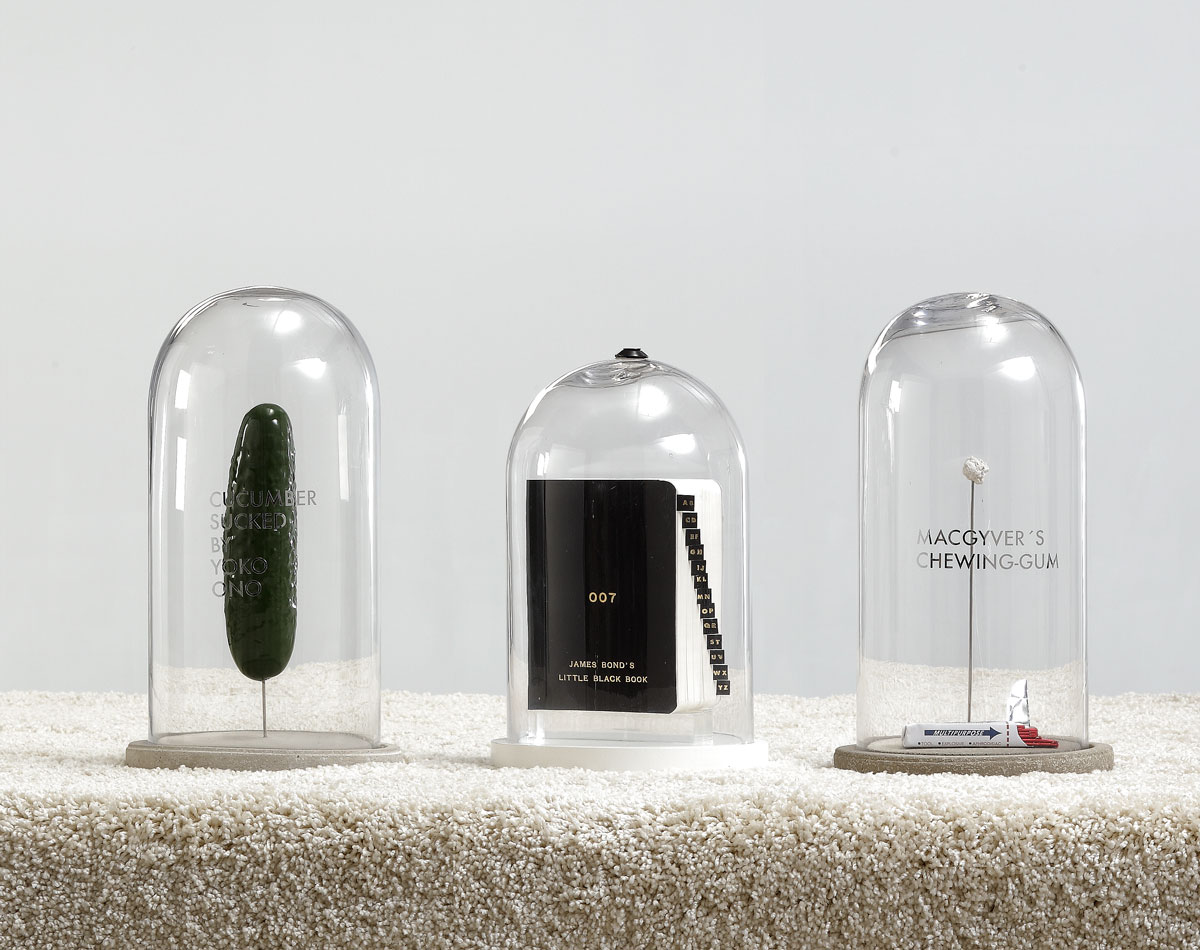 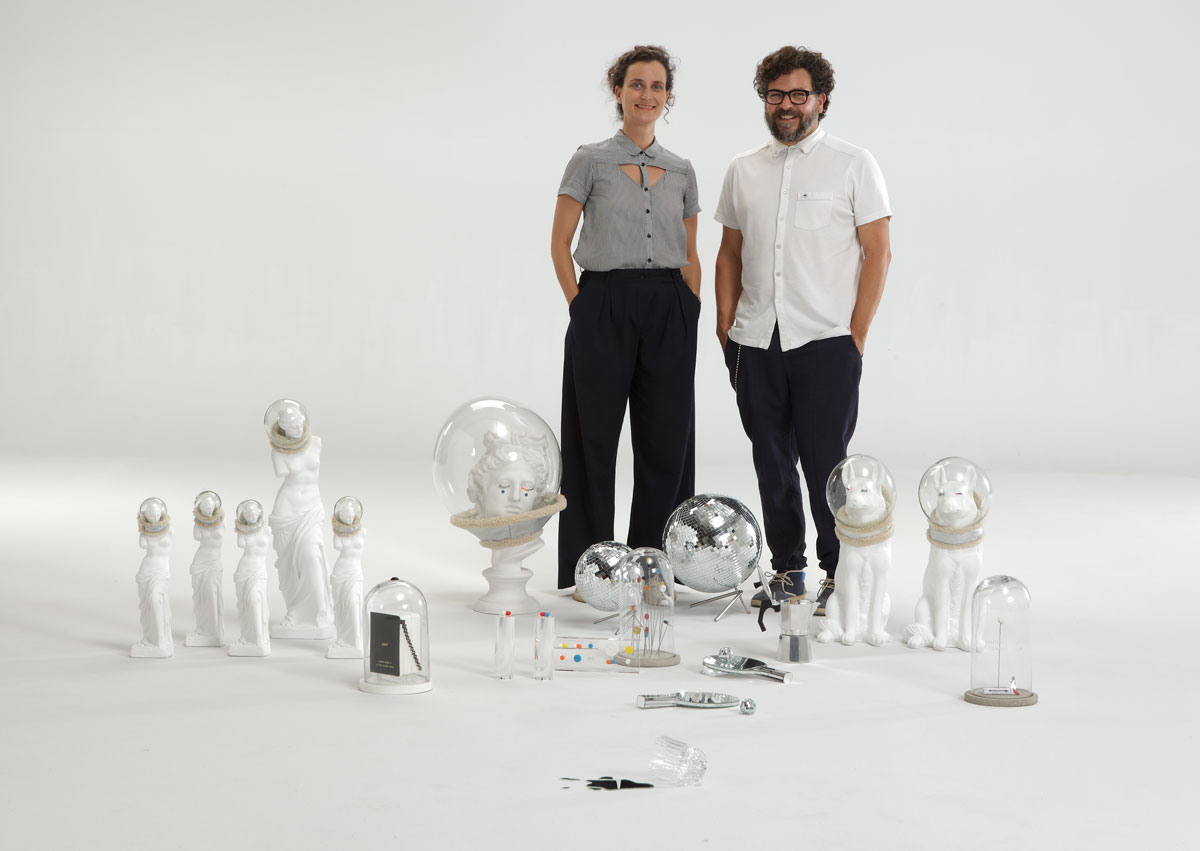 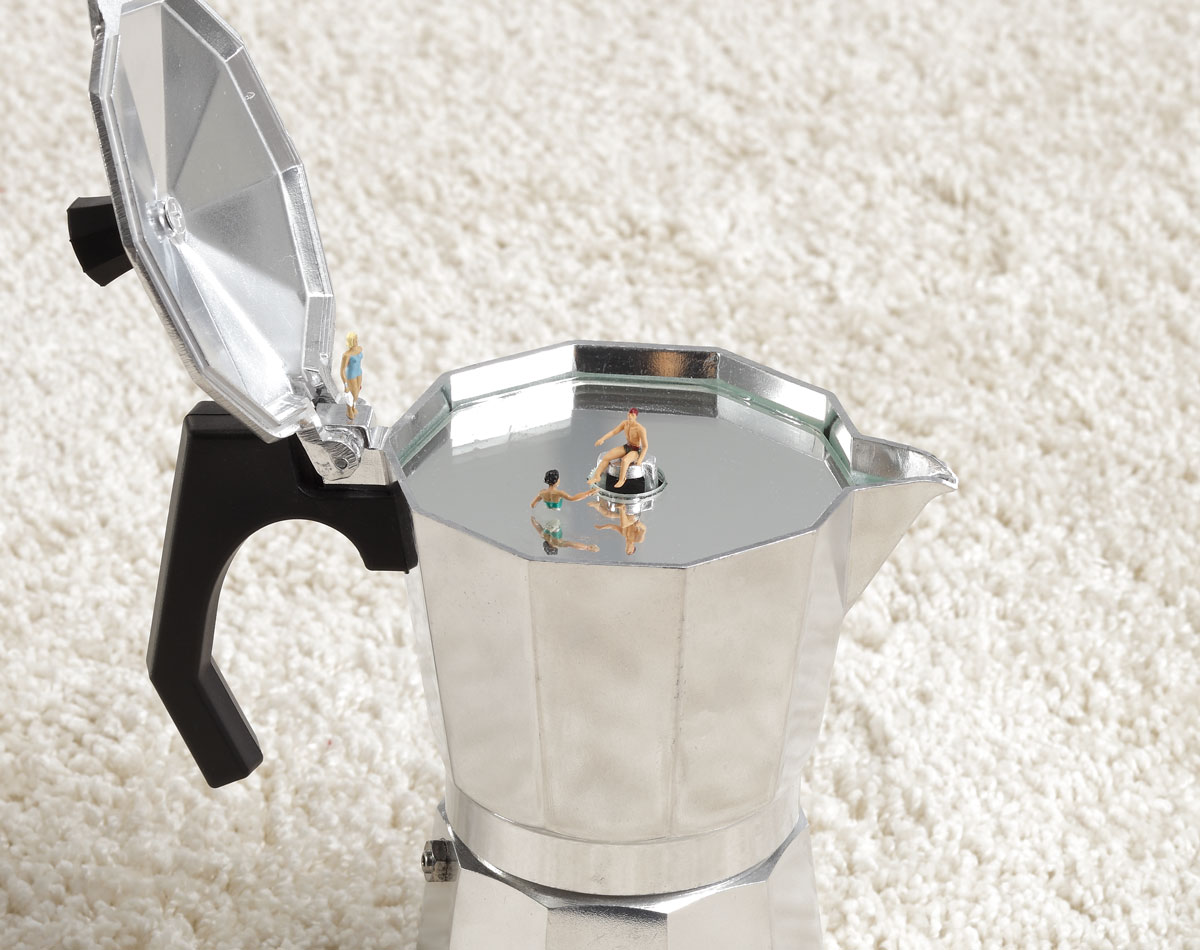 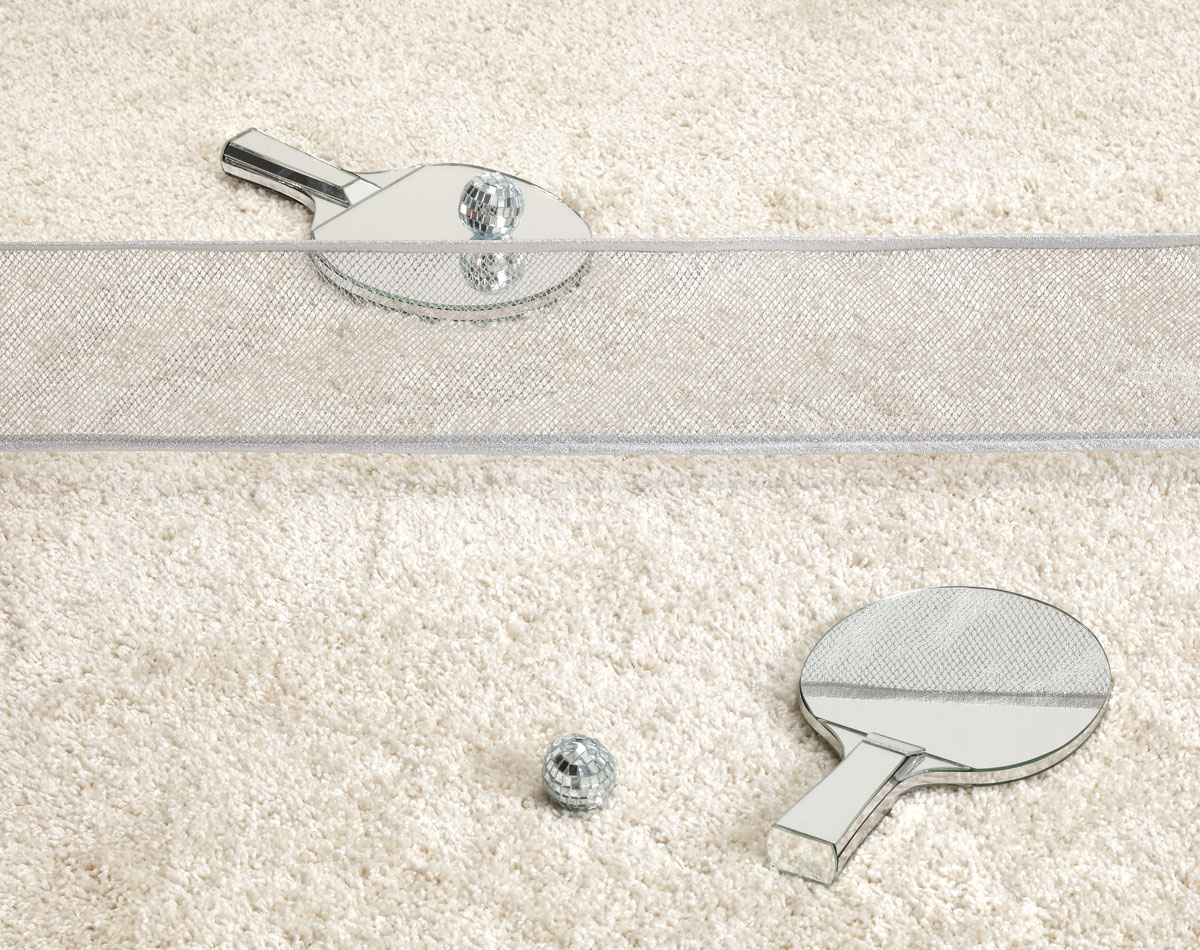 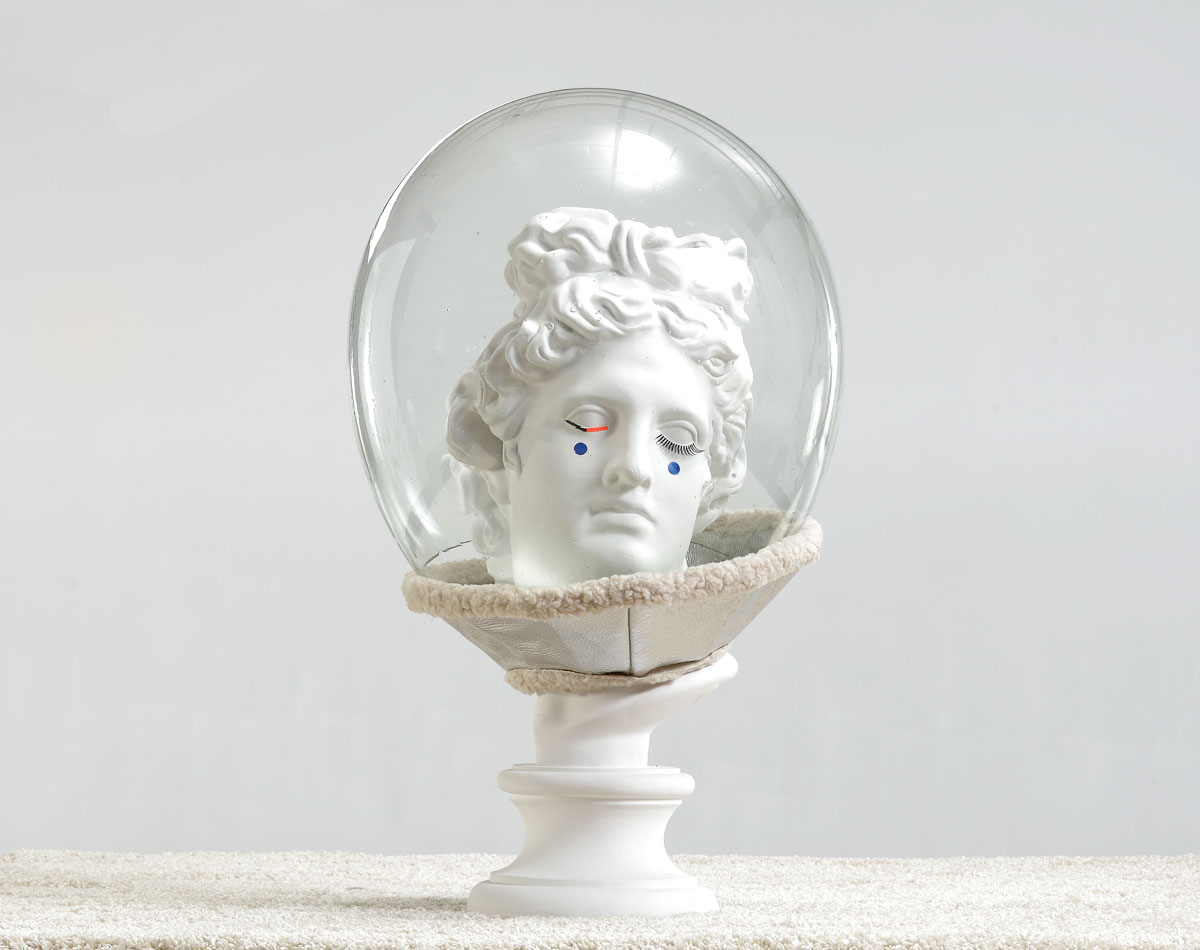 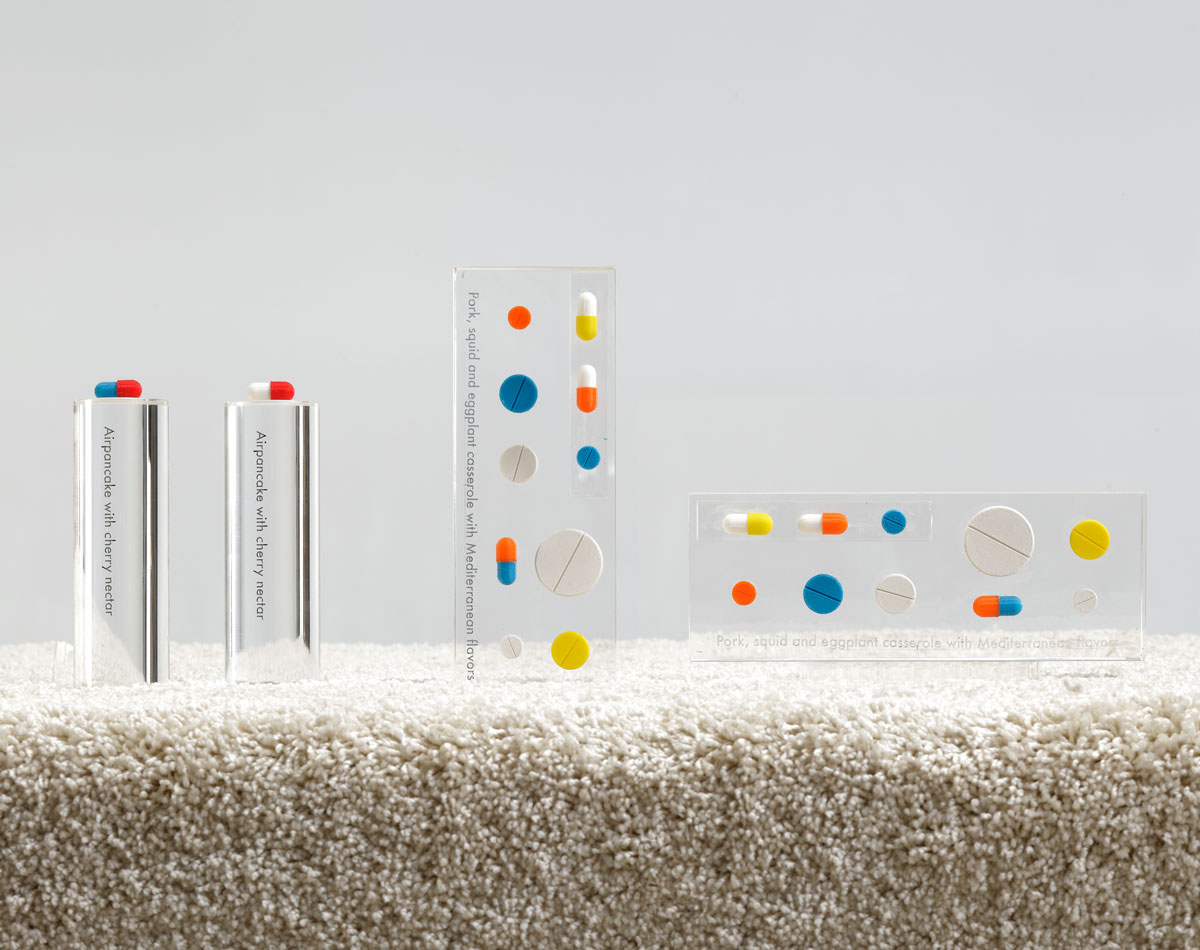 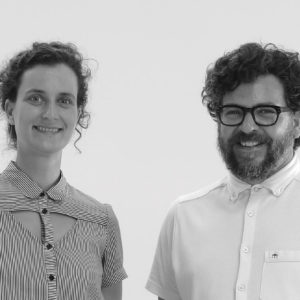 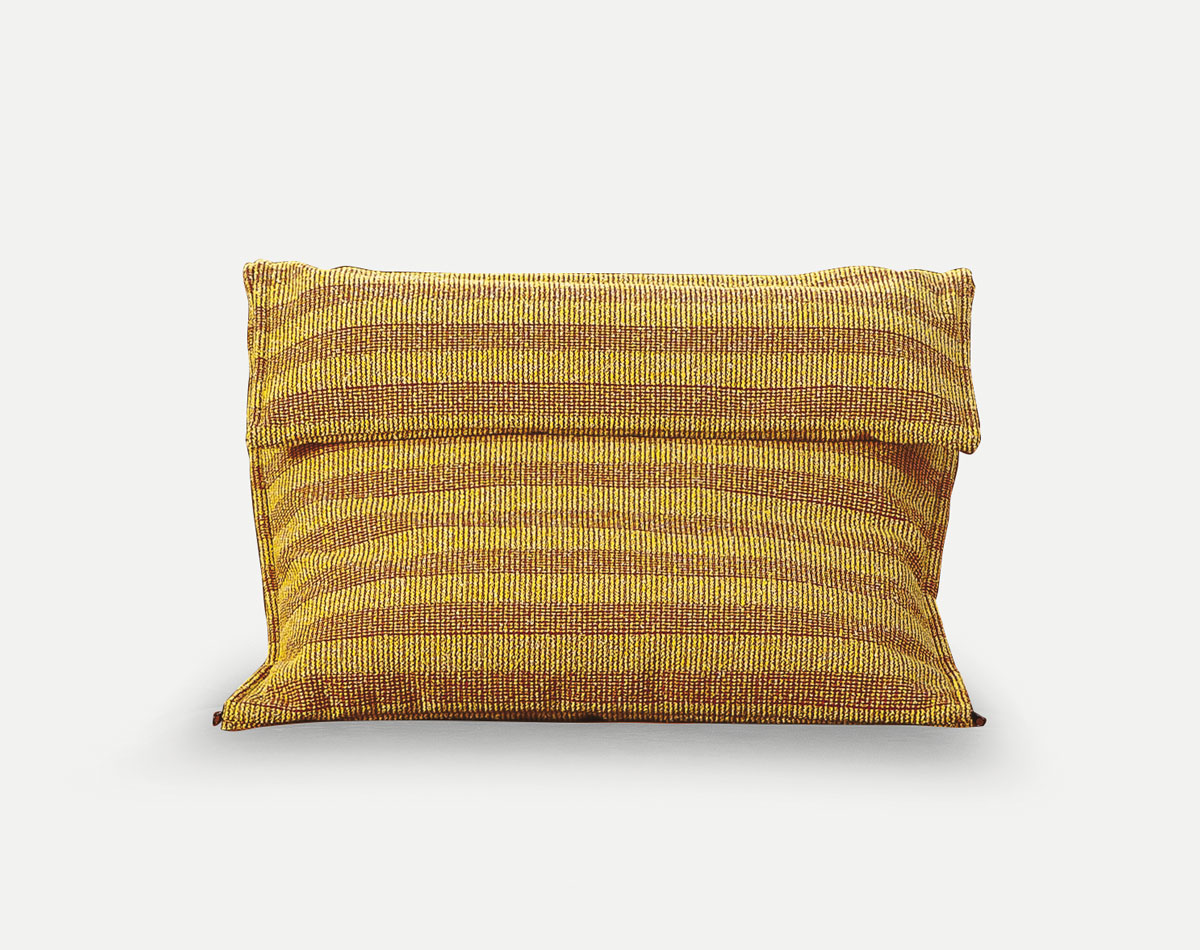 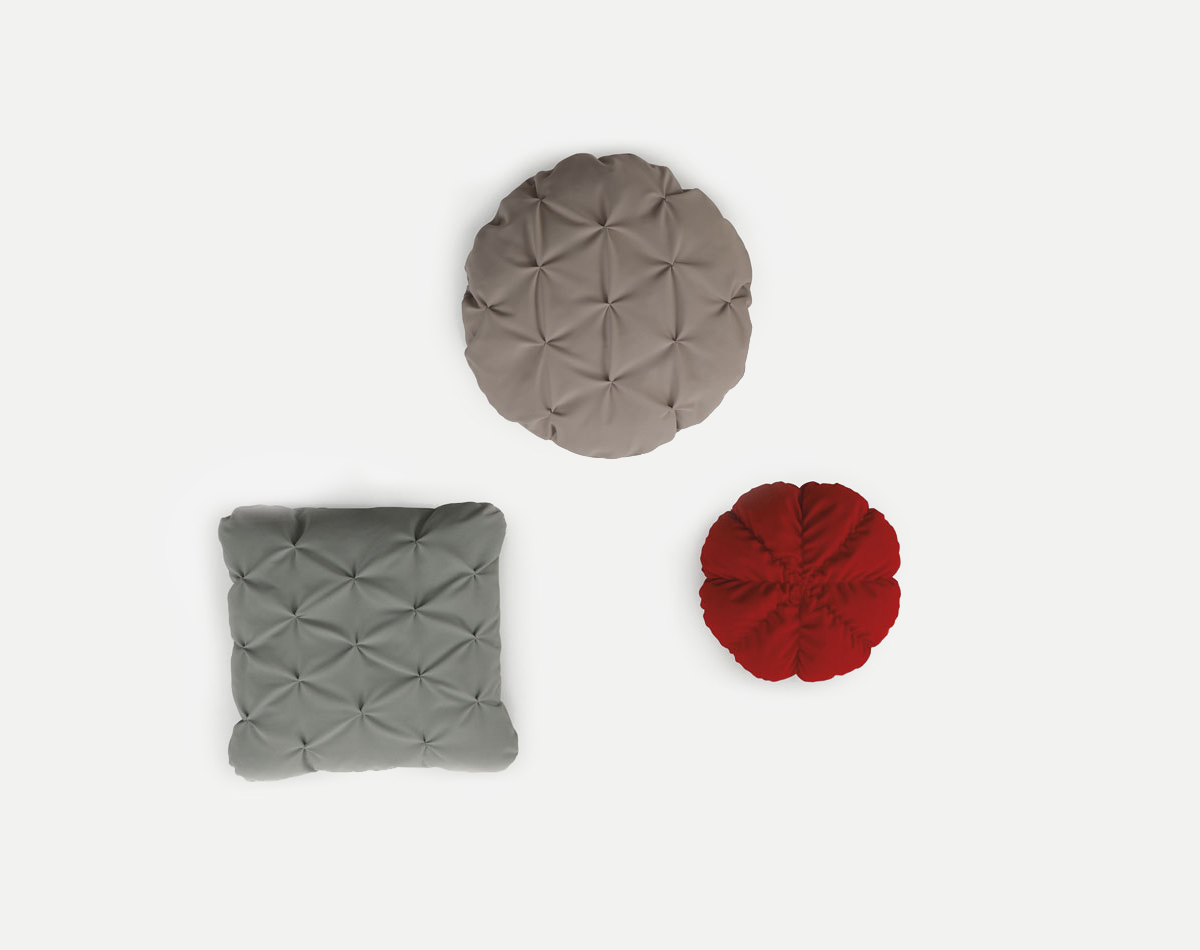 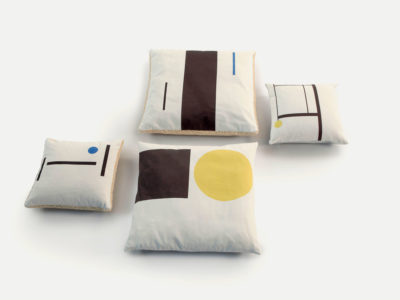